So, how do you get a whole PhD thesis to fit in a poster (presented this week at the Consortium for Street Children’s annual Research Conference #StreetResilience?

…with extreme difficulty! Here is attempt 1 🙂

This study develops an understanding of the experiences of young people leaving the street in Kenya, paying particular attention to their journeys through/into education. Fifty-three young people, aged 12 -28 and supported by three organisations in two provincial Kenyan towns, participated in one or more research activities: semi-structured interviews, focus groups, and visual methods. The visual methods included drawing activities, auto-photography and image-elicitation interviews. Findings indicate that being street-connected is an integral part of the identities constructed by young people after they leave the street and establish places for themselves in their families, schools, local communities, and wider society. Such street-connectedness can be a strength: the resilience and skills developed on the street are useful attributes in adapting to new situations. However, the stigmatisation and resulting marginalisation they experience on the street can influence a young person’s ability to develop a sense of belonging to their new situation after leaving the street. Consequently, three types of liminality associated with street-connectedness were conceptualised. The first is associated with living in the physical space defined as being on the street: a physical embodiment of liminality. The second, describes the liminal phase of being in transition as a young person newly arrived on the street, or having recently left it. The third liminality, a street-connected identity, describes the long-term impact on a young person’s sense of self of living and working on the street, after they leave it.

Full-time work post PhD is busier than I could have imagined. Trying to juggle the demands of the day job with the voluntary commitments I developed during my time as a doctoral candidate mean that sometimes 30 hour days would be an amazing invention in my next life. This week especially so, as I accidentally signed myself up for three social events, as well as the launch of EENET’s video-based resource for teachers. The first two events, both musical, provided very different ways in which to experience musical harmonies, and the third – a one woman show – had me thinking much more about how lucky I am to have been born when and where I was. END_OF_DOCUMENT_TOKEN_TO_BE_REPLACED

I think, given the extreme lows that we have experienced globally, and the almost backwards step that the media would have us believe that the human race appears to be taking in terms of tolerance and basic human decency, it is important to step back and focus on the good things that 2016 has brought. END_OF_DOCUMENT_TOKEN_TO_BE_REPLACED

The woman had her fistula surgery in her 90s, after 77 years of living with fistula. The doctor said she “wanted to die clean”…

After being unable to look at the baby, whose face had become that of her rapist, the mother was driven blindfold to a place where she carefully explained to the newborn why she had to leave him alone in the dark, and then she had herself driven away from him…

END_OF_DOCUMENT_TOKEN_TO_BE_REPLACED

This week was a first for me – I delivered my first keynote. It was so much more nerve racking than my usual conference presentations as it was aimed at everyone at the conference, and I needed to use my experience of education and research to inspire the soon to be teachers listening to me. END_OF_DOCUMENT_TOKEN_TO_BE_REPLACED

It’s an edited volume of papers presented at, or developed as a result of, the #SymposiumoftheStreet that I convened in 2014. I wrote about the day here, and my opening statement of the day is here.

The book,or proceedings, is available from Cambridge Scholars.

To give you a sneak peek at what is inside, here is an extract, which includes the introduction in full.

For those of you who with limited connectivity, here is the overview of the structure: END_OF_DOCUMENT_TOKEN_TO_BE_REPLACED 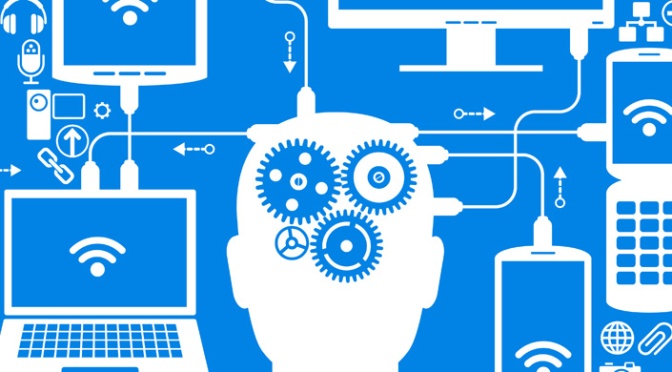 END_OF_DOCUMENT_TOKEN_TO_BE_REPLACED

Retrak, an international non-governmental organization operating in Africa and Latin America, prioritizes family-based reintegration for children living and working on the streets. Retrak has adopted the use of well-being assessments to monitor the progress of each child through their reintegration journey. This paper reflects upon lessons learned by Retrak and explores the challenges and the benefits of developing a body of evidence on reintegration good practice. Children’s well-being assessments have revealed overall improvements during reintegration with some areas such as education and psychosocial well-being being slower to improve. Understanding how well-being changes during reintegration has provided insights to inform program planning and a platform from which to build support for reintegration with donors and policy makers. Recommendations include the need for more organizations to monitor reintegration programs and share results so that methods can be revised and improved. Information gathered through case management systems should be used to ease the monitoring of both changes in children’s lives and the quality and effectiveness of reintegration processes. Weaknesses in gathering data through case management systems can be reduced by clear guidelines and triangulation with different methods. END_OF_DOCUMENT_TOKEN_TO_BE_REPLACED

She was explaining the situation in the refugee camps in what was then Northern Sudan, and as she described the effect of the rains on the shallow graves in which the mothers had laid the children they had buried, I was lost. Seeing the pain in her eyes led to the tears flowing from mine. It was one of my first experiences of an interview situation, when I was researching protracted refugee situations for my Masters’ thesis, and I was unprepared for how the interview itself would affect me. END_OF_DOCUMENT_TOKEN_TO_BE_REPLACED

I arrived in the town where my research began four years ago and, after catching up with friends over breakfast, took a walk around to seek out the familiar faces of young men I had worked with in the past and/or who had been some of my participants. When you have worked for the gatekeeper organisation that facilitates your research,the relationship you have with those you interview is very different from the connections you develop as researcher only. After a number of years on the journey with them I know it is important to allow them the time to reconnect. To share the stories of their lives since we last met, who is married, who has children, who managed to buy a motorbike to set up his piki piki business etc. If I don’t do this ritual on my return to town my phone rings incessantly over the next few days, or at least that of my social worker friends do, as they ask to meet or talk to me. When you are only in town for a short number of days it is important to manage expectations and let it be known just how long you are there. END_OF_DOCUMENT_TOKEN_TO_BE_REPLACED

Ramblings and rants on life, the universe, street-connected children and the PhD

12 months, one year of fitness challenges in aid of Child Rescue Kenya. http://www.globalgiving.co.uk/fundraisers/sus-12-month-challenge/

40 challenges to complete before the big Four Oh

The latest career news and comment from the University of Manchester

Disability and the Global South ✪

pearl to be found

"To love or have loved, that is enough. Ask nothing further. There is no other pearl to be found in the dark fold of life" - Victor Hugo

Disability and an Ordinary Life

Issues and tensions; what helps and what doesn't.

No Child Forced to Live on the Street

The official tourism board blog for Manchester, UK

The one glimpse of heaven on earth is to fight a losing cause; and not lose it.

UoM Symposium of the Street

Sharing our experiences of field work...